Could cancer-killing viruses be a new treatment for Ewing’s sarcoma? | Sarcoma UK

Could cancer-killing viruses be a new treatment for Ewing’s sarcoma? 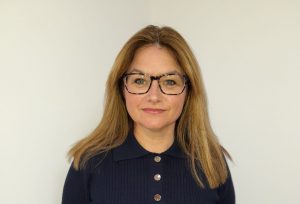 There is an urgent need for new treatments for Ewing’s sarcoma. We need to find drugs that prevent the disease from coming back after initial treatment and/or treat the disease if it comes back. The immune system is known to protect us from infection; however, it can also protect us from cancer. It does this by patrolling the body and removing abnormal, potentially cancerous, cells before the cancer can develop. Unfortunately, as cancers grow, they learn to hide from the immune system and prevent it from working.

However, new cancer treatments have been identified that allow the immune system to attack the cancer. This type of treatment is called immunotherapy. Some forms of immunotherapy are very successful in the treatment of cancer, particularly against melanoma skin cancer. However, current immunotherapies do not work well against Ewing’s sarcoma.

How will this project tackle this challenge?

Dr Fiona Errington-Mais and her colleagues work on a different form of immunotherapy known as oncolytic (“cancer-bursting”) viruses, which can eliminate cancer cells in different ways. The team have found through previous work that oncolytic viruses can kill Ewing’s sarcoma cells directly by entering Ewing’s sarcoma cells and killing them, or indirectly by activating cells from our immune system to kill them.

The viruses Fiona and her colleagues are working on are not only safe to use, but effective in people with other cancer types. So far, they’ve never been tried in Ewing’s sarcoma – but the success we’ve seen in other cancers means it’s extremely feasible for them to be tested for sarcoma in clinical trials soon.

But first, we need to test their effectiveness in laboratory models which better represent the disease. Fiona and her colleagues have developed real patient Ewing’s sarcoma cells that grow in the laboratory. This project will test whether OV can kill these patient-derived cells and determine why some are killed better than others.

What this means for people affected by sarcoma

Better treatments are needed for Ewing’s sarcoma, which most commonly affects young people aged 12-25. This work is an important first step to get us there, in exploring whether oncolytic viruses can be as effective in Ewing’s as they appear to be in other cancers. Long term, Fiona and her team hope to use these results for more follow-up funding to help progress this therapy to clinical trial.

We would not have been able to fund such vital research without your generous donations. Help us improve outcomes for people affected by sarcoma by supporting our research programme.

We fund world-class science to ultimately make a difference to people’s lives.

How we fund research

We only fund research which is the best quality science and will be most relevant and beneficial.