Home / About us / Meet the team / Kerry Reeves-Kneip 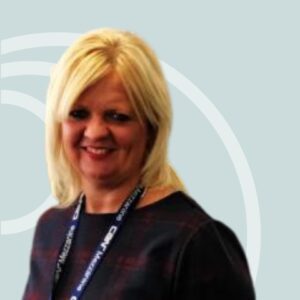 Director of Fundraising and Communications

Kerry has worked in the third sector for more than 15 years, joining Sarcoma UK as their Director of Fundraising in April 2018 after six successful years at director of fundraising, communications and medical marketing at Mildmay Hospital.

Kerry’s first task at Mildmay was the completion of a capital appeal to build a purpose built HIV hospital based in East London. She was delighted to welcome HRH Prince Harry to officially open the new hospital in December 2015. In addition to funding Mildmay UK work, Kerry has supported the Mildmay teams in East Africa to enable them to support over 100,000 people living with and affected by HIV in East Africa.

Kerry lives in Essex although she is not found there much. She spends most of her free time at her caravan based in North Norfolk either walking her elderly Westie by the sea or cycling around the villages. Kerry’s eldest daughter in currently finishing her degree at Brighton university whilst her youngest daughter is travelling and working in Australia.

Facts, figures and contacts for journalists.

Thanks to you, we have come a long way in a short time.