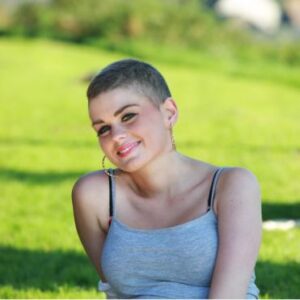 Amy’s family and friends have been raising funds in her memory, as well raising awareness of Ewing’s sarcoma.

“We have set this page up in memory of my beautiful sister Amy Beth,” says Molly, Amy’s sister. “Amy was diagnosed with Ewing’s sarcoma on her 21st birthday. This is a rare form of cancer which affects the bone and soft tissue in young people. She endured a long 18 months of treatment, which was unsuccessful. Amy passed away 28th April 2014 aged just 22, leaving a massive void in family and friends.

“We have already held a variety of charity events, raising over £12,000. This money has already been donated to Sarcoma UK. We would like to say a huge thank you to everybody who helped with fundraising and the generosity of donating.

“We would like to continue raising awareness of Ewing’s sarcoma, through an inspirational, amazing, sister, daughter and friend Amy Beth Westlake.”